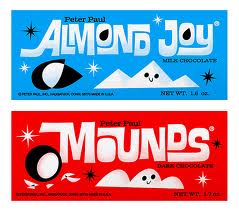 Whatever happened to jingles?

Television commercials provided me with some important life lessons and without jingles I would have forgotten every one of them.  I'd be hard pressed to locate Cypress on a world map, or find the square root of Pi, but I can recall those jingles word for word.

They taught me that the only real men were Marlboro men and that “Winston tastes good, like a cigarette should.” In fact, in 1999 Advertising Age named it the 8th best jingle on US radio and television in spite of (or maybe because of) the controversy Winston spawned for a grammatically incorrect lyric.

Those were the days when my bologna had a first name and I learned to spell the very best chocolate.  I only had to pop a Mentos to be fresh and full of life. I could double my pleasure and double fun by just chewing gum and I would have traded my little brothers in a New York minute for a chance to be a Doublemint Twin. I was relieved when Hershey gave me permission to feel like a nut.

I had the same reaction to those jingles as Pavlov’s dogs had to the bell. And there were times when I asked myself, "What wouldn't I do for a Klondike Bar?"

Only The Colonel did chicken right. If I wanted to have it my way, I knew Burger King would not be upset my special order, even though I spent most of my time lovin’ it at McDonalds where I never had it so good.

TV was my cultural classroom. America ran on Dunkin Donuts and ate Rice a Roni hanging off trolleys barreling up and down the steep streets of San Francisco. I was schooled on stereotypes from Alka-Seltzer’s ‘spicy-meata-ball’ man and the Frito Bandito. 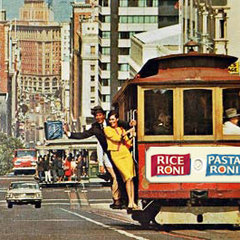 Even the catch phrases got to me! I posed my first rhetorical question to my little brothers when I asked them how they would like a nice Hawaiian punch. Everyone knew that Wendy’s "Where's the beef?" was not about hamburgers.  Although the special sauce remains a mystery, I can still recite every ingredient in a McDonald's Big Mac! Yet I can't remember the capital of Vermont.

According to Your Best Marketing Move.com, the catch phrase is the unsung hero of advertising. In one short memorable sentence, a product is indelibly imprinted on the target’s mind and the target does not necessarily have to be a consumer. Catch phrases work in the classroom as well. Everyone remembers what year Columbus sailed the ocean blue.  Just ask OJ how effective a catch phrase can be in a courtroom.  Who can forget Cochran's famous poetic instruction to the jury? “If it doesn't fit, you must acquit.”

We don't have the spokes people of days gone by. I miss Madge and Mr. Whipple! Even with her hair bump, Progressive flow does not measure up. Our best these days is a lizard. The Geico Gecko although annoying, is one very effective little spokes-lizard. Just ask my mom who wonders how all the Geicos get into her screened-in patio. Okay, Mom may not be a good example. She refers to exterminators as terminators and likes a pedophile along with her manicure.

Still, it was those jingles that made the biggest impression on me. According to Wikipedia “musical memory is encoded differently from language and may constitute an independent part of the phonological loop". Located in the right hemisphere of the brain, this loop may play a key role in a young child learning vocabulary or an adult learning a second language. Makes sense to me. That is how I learned my ABC’s. Jingles work!

Madison Avenue can keep their spokes-mascots. Give me my jingles back! I need them to help me make important decisions about breath mints, over the counter meds, deodorant and fast food.

Those Mad-Men were onto something. Could it have

been those liquid lunches? Whatever the reason, they managed to tap into the part of my brain that learns and remembers effortlessly. Let’s face it. Consumer decisions are stressful these days. I am now expected to Google and comparison shop. Too much work. I long for the good old days when a reliable Jingle-Loop-Hook did the choosing for me. Sometimes I feel like a nut, sometimes I don’t. What could be simpler than that?
Posted by Audrey Knerler at Sunday, December 08, 2013